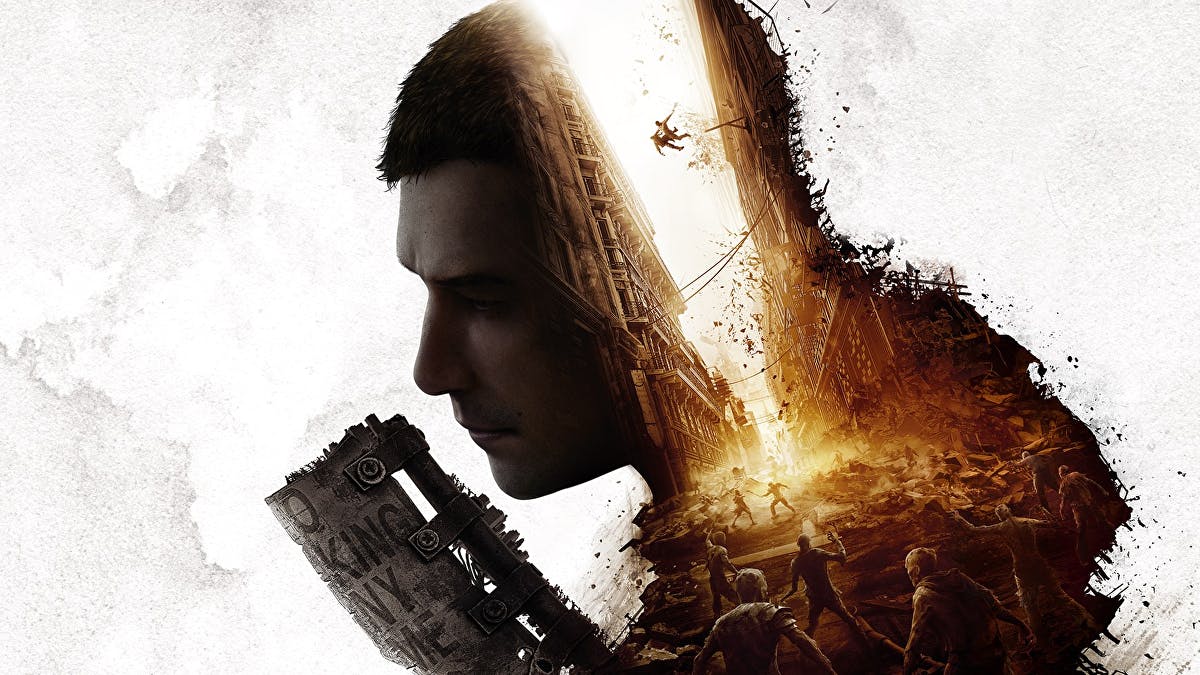 To be human is to be full of multitudes and contradictions. It’s to have our desire to survive intersect with an ever-evolving and shifting moral compass. In Dying Light 2 Stay Human we see this in the form of continual betrayals, shadiness, and what feels like an endless onslaught of loss. All in the hopes that you, Aiden, find the sister you lost track of after both of you were tortured as kids in unauthorized hospital experiments under the guise of seeking a cure.

A lot has been said in zombie (and zombie-adjacent) worlds so as a newcomer to the franchise I wondered what Dying Light 2 had to add to the conversation, both narratively and mechanically. Admittedly, I expected a basic game with a bit of dumb fun and some solid parkour. And at first, I got exactly what I expected. But the more I played the better Dying Light 2 got. I found myself falling in love with characters that were promptly torn from me, swelling with pride as I parkoured my way to seemingly impossible heights, and even getting some added layers of challenge and intrigue to the melee combat. Unfortunately, Dying Light 2’s final missions miss the landing and the ending breaks every bone on the way down.

I still recommend Dying Light 2 for its delicious drama, chaotic melee, and wonderful parkour playgrounds and puzzles but the journey is undermined by its ending.

Set 15 years after the events of Dying Light, the Harran Virus has spread across the world and evolved even further sending humanity into the Modern Dark Ages. It’s a pretty dark setup contrasted by the fact that my first few swings at a zombie sent them flying several yards in the opposite direction. In the opening hours, I felt a harsh disconnect from the gory and goofy melee combat and the melodramatic cutscenes that felt like they were trying too hard to convince me things were serious.

"The dicotomy between drama and mindless combat is like chocolate cake and a lager, it shouldn’t work but it does and I love that."

Fortunately, once I was acclimated to the world and settled into the city and my subsequent role things felt a lot more natural. The dichotomy between interpersonal drama and (mostly) mindless melee combat feels like decadent chocolate cake paired with a lager beer, it shouldn’t work but it does and I kind of love it.

While the story’s ultimately heading in one main direction the decisions I made along the way gave me conflict on more than one occasion. The important choices you make are timed, to indicate the significance and add pressure. At pretty much each of them I found myself pausing Dying Light 2 to give myself more time to think. I rarely made a choice where I didn’t feel conflicted over it and that’s a testament to how compelling the situations I was put in were. I never knew who to trust and backstabbing was always swift.

But I will say, more often than not, my choice felt more like a coin flip than an informed decision. In life, you can be forced to make judgment calls without much knowledge but Dying Light 2 made me rely more on my gut and less on my reasoning than I would’ve liked.

Choices also fell flat when the impact wasn’t ever felt or perceived. For instance, I had a side quest that ended with the choice to accuse a woman of murder or take her word for things. I chose to accuse her and she was arrested but I never knew if she actually did it. Again, I accept these aspects as part of real-life but experiencing this in a game feels disappointing and hollow when done too often.

Factions inhabiting the city play a big role in Dying Light 2 because as you activate facilities such as windmills or power plants you can assign them to the survivors or the militant Peacekeepers. Your choice changes the landscape of the city as with survivors adding more parkour tools in the city and the Peacekeepers adding traps and weapons. This was a cute touch to the typical open-world checkboxes but narratively I didn’t feel much of an impact.

"The faction system is all bark and no bite."

The fact that the survivors in the bazaar and Peacekeepers are largely at odds but you spend a large chunk of the game helping both sides. Meanwhile, you’re also taking over facilities and assigning them to one of the groups. This felt sloppily stitched together. There are times when survivors confront you regarding your involvement with the Peacekeepers but it never amounts to much. Likewise, you go from being involved in a huge bombing of a Peacekeeper facility and then a few hours later you’re working alongside the Peacekeepers anyway.

The faction system is all bark and no bite and forces you to “both sides” your way through the city. It made me feel less connected to Aiden and made the faction system feel inconsequential outside of some environmental changes. It’s justified by Aiden doing (mostly) whatever it takes to find his sister but if that’s the case why have a factions system at all.

Dying Light 2 is at its height when you’re, literally, reaching heights. The parkour traversal is natural, intuitive, and tempting to master as the city has plenty of parkour challenges scattered throughout. As far as environmental design you can climb almost anything but there’s some explicit telegraphing throughout using the color yellow varying from painted railing, dangling ceiling lights, or tattered cloth. It’s a fantastic balance that makes the city feel immersive and free while providing enough guidance to keep me from getting lost or frustrated as I run from place to place.

Traversal only gets more interesting as time goes on thanks to the upgrades you select from the skill tree and the Night Runner tools you’re given. The glider and grappling hook are unmatched and getting these fairly late into Dying Light 2 was a refreshing reminder that even after a dozen hours the game had more to say mechanically.

The fantastic feeling you get running across the city helps take the sting out of how long it takes to acquire fast travel and the hoops you have to jump through to actually unlock those subsequent metro stations.

As the title might suggest, light is a focus of Dying Light 2. During the day there are fewer zombies outside making building exploration more dangerous and at night the inverse is true. Light also comes into play in the form of UV light which keeps zombies away and keeps you safe from the infection taking over.

Night comes with some other amusing shticks like the chance for a chase to take place where you’re on the run from a horde and need to make it to safety. But other than a few mandatory story moments, you can always sleep through the night manually at a safe house.

The difference between day and night incentivized me to take advantage of how the world changes. For instance, when night hit that’s when I decided to do some optional exploration of emptier GRE buildings which have inhibitors that are required to upgrade your health or stamina. There are also some skills that are locked behind a certain health or stamina level which further encouraged me to seek them out. At the same time, I didn’t do too many optional quests or exploration and still found plenty of these in the main story so don’t feel pressured to grind.

There’s also a nifty XP bonus for those who survive the night that had me looking forward to the challenge.

The structure of the skill tree combined with the way new mechanics are rolled out, slowly over time, keeps Dying Light 2 feeling fresh. Combat XP and parkour XP are treated separately and feed into their respective trees, forcing me to create a more balanced build than I may have otherwise. Likewise, I originally felt restricted by needing to use my inhibitors on health and stamina more equally but by the end of the game, I was thankful I was forced to bump my health up more than I was originally inclined to.

Fighting was never particularly challenging but you gain more combat XP for more advanced moves so that pushed me to parry and string combos more than I would’ve. Admittedly the first hours of combat feel like being at a pinata but you’re not blindfolded and the person holding the rope isn’t very good at their job. Mindless, easy but still feels good to swing the bat, blade, or whatever your weapon of choice is.

Even the classic construction of overtaking facilities felt fresh because every windmill had a slightly new twist in that it was a bit of a parkour puzzle to get to the top. Similarly, restoring power to buildings was its own challenge of running cables in the right order from the right angle. I was thoroughly impressed to be getting new tutorial screens even 18 hours into the game from new facilities to new tools. And those instructions were clear and easy to follow.

Dying Light 2 started off fine but it kept getting better and better. I was blown away by how much I was falling for this game and it all culminated in what I feel was the best part of my 28-hour adventure: the Broadcast mission.

It was a shining example of Dying Light 2 at its best. The mission had it all: characters in high stakes scenarios, music that enhanced the mood, a grappling hook that made great traversal even better, and excellent parkour moments balanced with conveniently placed ladders to account for any falls, all capped off with a narrative choice. It’s the pinnacle and a look at what Dying Light 2 is capable of. I gazed upon the city from the tower and had no idea it’d be all downhill from there.

At first, the slip was subtle. Some less interesting missions… some extreme plot points… some random twists with characters that were fine a few seconds ago… but I was still in. Then I got to the final mission, final boss, and unraveled the story’s driving question: where is my sister?

Without going into spoilers, the ending was an onslaught of dull enemy waves followed by the worst boss battle I’ve encountered in ages. It was boring, repetitive, and frankly laughable. It was the ultimate letdown given how badass this antagonist had been made out to be prior. And it was so badly bugged I had to purposefully kill my character to reset one of the phases.

"The ending is laughably bad."

This will, hopefully, be patched after launch but bugs aside it was a truly bad experience capped off with text on the screen updating you on your earlier choices. The whole thing felt so cheap, random, and abrupt that it made How I Met Your Mother’s series finale look like Avengers: Endgame.

Dying Light 2 is a good game full of drama, exciting parkour, and solid combat but the ending sours all that came before it.