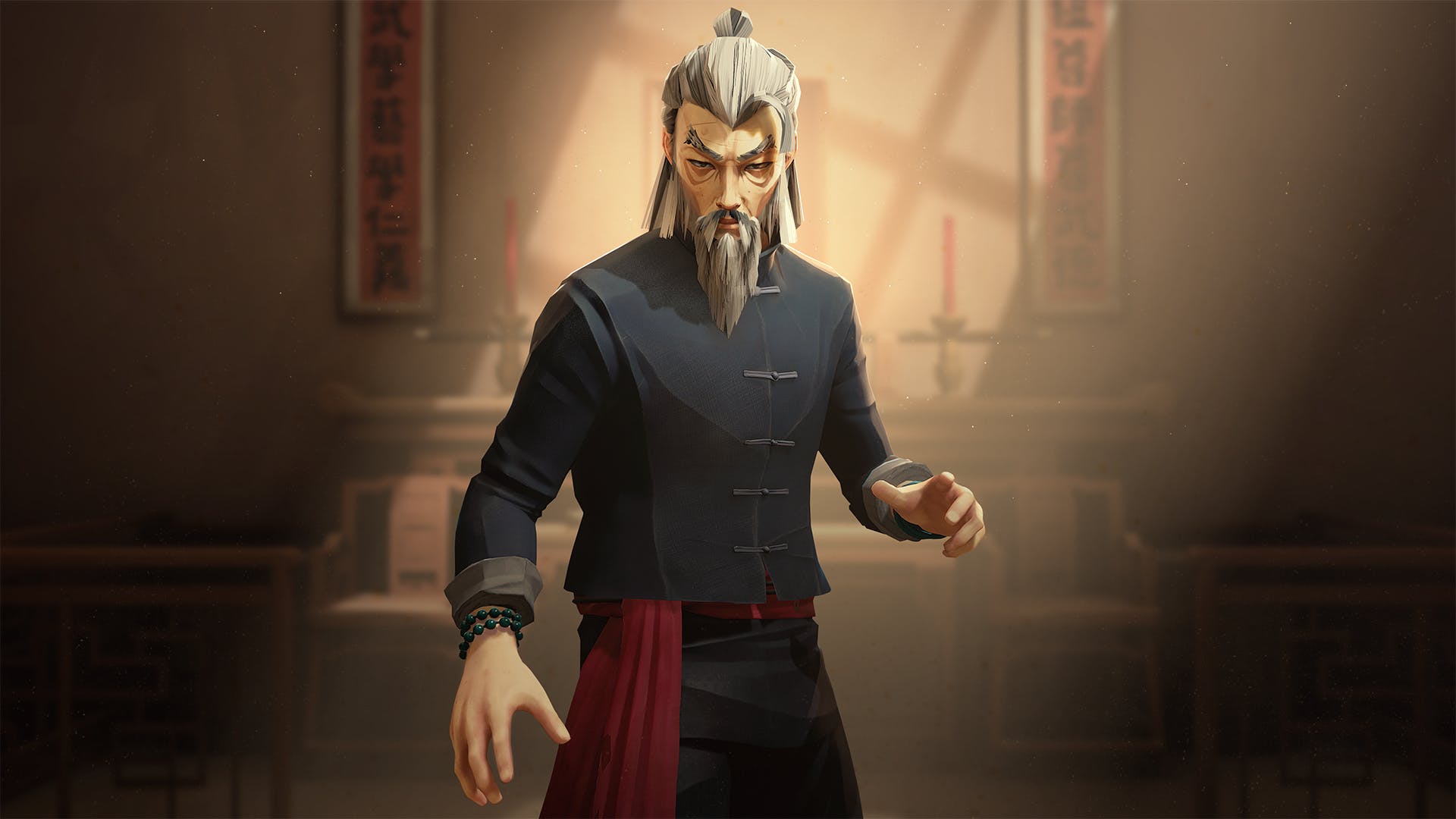 feature
The Glory and Strain of Six Hours with Sifu
First Published: February 6, 2022

“Training never ends” is one of Sifu’s marketed features and it’s the one that best sums up my initial experience with this kung fu, action-adventure beat-em-up. Training is a lot of process for just a sliver of progress. It’s in service of a bigger goal. It’s not glamorous or dreamed about but it’s the price of glory. And as physical as it is, it’s debatably even more mental. This, to me, is Sifu.

But like any training program, the real key to sticking with it is to have a why. You need a reason to do it, a reason to keep going when you want to give up, something to pull out of the dirt when it’s time to dig deep. After about 6 hours with Sifu, I feel confident that it’s an impressively designed game with lovely environments but it’s one I may never see the end of because I’m bad at pulling off combos, my parrying skills are inconsistent, and ultimately my only drive to finish it is the flex of being able to say I did it and the desire to see what delights may lie ahead. Unfortunately, I don’t think that’s enough for me and I’m starting to come to terms with that.

Suffice it to say I’m not exactly Sifu’s target audience despite loving beat-em-ups because this one is far closer to a fighting game. Yet the enticing world and novel aging mechanic had this on my radar since its announcement and even as I write this I can’t help but fantasize about the day I decide to pick up my sticks and continue with this one. Because the progression structure still gives me hope that I could get good enough to see credits roll on Slo Clap’s latest game.

The denial is real.

Age Is More Than a Number

Sifu spans five levels and so far I’ve only made it out of one, with some decent progress in the second. There are plenty of layers to how combat and progression function but above all the biggest schtick here is the aging system. You start level 1 at 20 years old but each time you die and get back up you’re older. Age decreases your maximum health but it increases your power.

An added twist is the more you die the faster you age, as tracked by your death counter. The first death ages you by 1 year, the second ages you by 2 years, and so on. Your death counter can go down upon defeating certain enemies or it can be reset to 0 (for 1,000 XP)  at one of the shrines placed throughout the levels.

These shrines also allow you to customize your build for a given run. For instance, I often traded XP for increased weapon durability here or got more health back for takedowns (a perk you can claim until you’re 41 or older).

Maybe I Can Do This…

While aspects of Sifu are reminiscent of rogue-likes this isn’t one. Levels are static and once you’re done with one that progress is saved. And even if you die during a level any information you’ve uncovered about your targets of vengeance or practical finds like keys for locked doors are all kept intact.

These new shortcuts mean you can get to the boss a lot quicker and hopefully preserve some of those precious years of your life as a result. Finally, you can unlock new skills at shrines or whenever you die, before getting back up. If you unlock specific skills a set amount of times you have it permanently. I spent a good chunk of time, and XP, working my way to the skill that lets me throw ottomans and chairs at people so they fall on the ground and I can get some quick easy hits in. A very worthy investment.

By far my favorite feature is the ability to do takedowns. You’ll be prompted to do these finishers, which are available if you hit an enemy enough times, in a short window, to break their structure and make them vulnerable. These are beautifully and brutally animated all while giving you back a bit of much-needed health. When I’m in a good flow of fighting and health recovery I feel invincible and incredibly stylish.

The first time I beat level 1 I was only 27 years old and after failing at level 2 so many times I decided to go back to level 1 to try and get my number even lower. Eventually, I was able to reach 26 but I can’t say that was the best use of my time. Ultimately, it’s recommended you keep moving forward no matter what but hours on end at level 2, officially named The Club, had me begging for anything else.

Crushing My Head Against the Wall

Despite having so much of the layout seared into my brain at this point I can’t seem to get over the hurdle and that frustration is compounded by how mentally and physically taxing Sifu is to play. It has been a while since I played a game that made my hands hurt and frankly, I hadn’t missed that feeling.

Hours on this level and yet there’s no age where I’m making it out alive. As time continued, I felt discouraged, angry, tired, and mentally fried. I came back the following day, hoping to feel fresh, but no luck.

I don’t know if it’s intentionally easier, if the layout was more conducive to fighting to me, if I was more energized, or what but I felt something magical in that first level.

"You can pick up a crowbar and beautifully beat your opponents to a pulp."

It’s the way you can pick up a crowbar and beautifully beat your opponents to a pulp. Sifu’s combos go beyond executing moves, it’s about flowing with the room and being hyper-aware of everything around you. There’s nothing quite like stringing together a parry, a hit, a bottle toss, a bat swing, a slow down move that leaves my opponent clutching their face, and a glorious takedown to end it all while restoring my own health.

When I’m at my best in Sifu, I can’t lie, it’s incredibly satisfying. But I’m done chasing that high, at least for a little while.

The Epitome of Not For Me

And yet, I feel obliged to tell you that Sifu seems great. The level design is (fittingly) to die for, riddled with charming details that make apartments feel lived in and clubs feel like the life of the party. Plus, each room has plenty of furniture to maneuver around and objects to bash your foes’ faces in. This is all the more satisfying because the enemy AI is smart, strong, and responsive.

There are aspects of Sifu’s design that are more forgiving than I expected but ultimately I don’t think it gives me a clear enough path to improve the foundational issues I have as someone who struggles to block and remember combos. It’s worth mentioning there is a training room you can enter while at home but it’s fairly bare-bones with just you can a dummy AI that can be set to passive or aggressive.

"Some progression choices are forgiving but the path to improve foundational skills is steep."

I’ve taken on a lot of gaming challenges in the past few years that have been outside my comfort zone (yay Demon’s Souls!) so I was hoping this could be one of them but much like 2021’s Returnal I think I’ll have to appreciate this one from the sidelines as it’s just a bit too grueling without many tools to improve the basic, and most important, skills. I can unlock all the combos and moves in the world but until I get the parry and dodge down I’m done for.