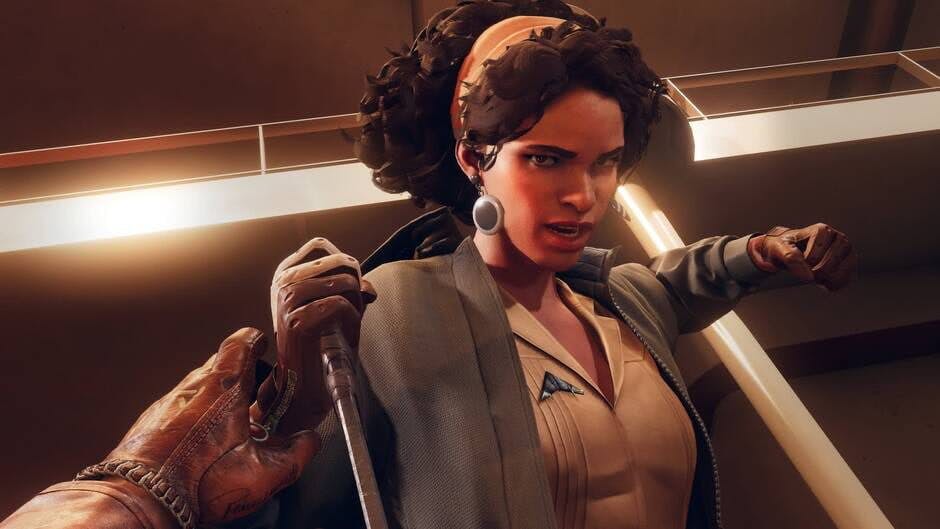 Despite plenty of games coming out over the last few months my October list is surprisingly unchanged. So at the end, I’ll be doing some reflecting on how we got here and what games I missed along the way. Be sure to check the April and July updates to see how the list has evolved over time.

Mission grades add a bit of incentive to step up your smarts and creativity. Completion is met with temptation and curiosity as I often found myself wondering how so many angles and ideas were left unexplored.

Part of the fun is how forgiving it is. Constant autosaves and manual save options create a safe space to experiment.

Solutions are vast but so are the conflicts. The AI can be hard to shake and it’s often smart enough to spot you if you’re a bit reckless. This, combined with the assignments you’re given keeps gameplay fresh. From infiltrating a shady science lab to scaling a skyscraper: the scenarios, buildings, and opportunites are plenty different.

It’s also just straight up beautiful in its environmental and in its detail which makes plotting out routes and exploring areas a joy in itself.

The charm is in the details from bodies flopping to the ground upon being defeated to being able to slice a sign in half and read it in pieces, plus it’s all tied together with a fantastic soundtrack.

Metroid Dread is a masterclass in 2D Metroid: nailing exploration and combat while being one of the best looking games on the Nintendo Switch this year.

Leaving mystery when needed but funneling you along critical path when necessary, Metroid Dread created the right setting for the navigational challnege it place on the player. The inclusion of parries added more autonomy and power during basic enemy encounters and made for memorable cinematic moments during boss battles.

My biggest gripe is that it can be a bit too unforgiving at times and a few design choices can lead players to become unecesarily lost. They say “in space, no one can hear you scream” which is fortunate for every entity in existence because I was absolutely screaming during several boss encounters.

Metroid is about balancing power and pain. For the most part, Metroid Dread understands this and turns this balancing act into one well-designed, albeit, grueling experience.

The superb gameplay would be enough to get it on this list but the plot and dialogue are what make it stand out. Equal parts heartfelt, humorous, and thought provoking every NPC is worth talking to and each quest leads to something worthwhile. Chicory is an absolute must play.

Haven is brimming with heart and intriguing small town stories which kept me invested in the (mostly) mundane moments of the first few episodes. Getting to know and help the side characters in town felt like its own reward but what was most impressive early on is how much more drew me in.

Even the smaller NPCs you can barely talk to helped color the town and were fascinating in their own right. I found myself invested in everything from the guy yelling internally while on hold to the couple with the struggling new ice cream parlor and hoping for the best for the friends who just started dating.

What made True Colors stand out is how fun the gameplay elements were that drove the story forward from Jukebox puzzles to an elaborate turn based RPG style LARP.

True Colors feels like the natural progression of the franchise, honoring the hallmarks of its predecessors while also doing it better. When the stakes increased and went full on supernatural it did a fantastic job grounding those moments with emotional weight that provided much needed insights into characters’ past.

The more I played of True Colors the clearer it was that all the narrative moments and opportunities that came before were intentioanlly placed to make the game’s climax more impactful and it worked so well.

Life is Strange: True Colors is one of the best choice-driven games I’ve ever played.

Plenty of games are marketed with the options to go in quiet or go in guns blazing but few pull it off to the degree that Deathloop does. Abilities, known as Slabs, combined with buffs and gun variety gives you the perfect toolset for customizing your playstyle to your general liking or for the challenge at hand.

The areas never change but over time you evolve as a player, finding new routes and methods to kill the visionaries in the hope of finally breaking this time loop.

And while time plays a factor, it moves when you decide (returning to the tunnels when you’re ready to press on with the day). This gives you the space needed to deal with the chaos that can unfold from eternalists catching onto your plan to Julianna on the hunt for your head (which is signficantly more stressful when playing online against randos or friends).

Each visionary on your hitlist has their own distinctive persona and are varying degrees of charming, intriguing, cringy, and infuriating in a way that makes them all a bit memorable.

The world is lovingly crafted with a 60s inspired, retro-futistic aesthtic that’s to die for. Little details like the word “nice” appeaing in the sky when you use your gun to shoot some nearby bottles and the option to kick a candy machine to give enemies something to slip on all go a long way.

It challenges you to navigate a playfully violent environmental puzzle and it’s fun the whole way through. Shotguns and stealth take downs are equally fullfilling power fantasies here, reinfocing the idea that there’s no singular way to play.

Deathloop is a game all about time that’s engrossing enough to make the hands fall off the clock completely.

These are games I enjoyed to varying degrees. I loved my time with Kena: Bridge of Spirits and It Takes Two but they just didn’t quite make the cut. Unpacking is a game I started but haven’t finished yet (though I doubt credits rolling would’ve bumped it up for me).

Note: Returnal I played it once and never returned because it was too difficult for me to want to go through it. Similarly, Inscryption didn’t hit for me as someone who is not into card games.

And as a bonus here is a list of games I liked that aren’t top 10, maybe not even top 20. But I recommend them and they may not be on everyone’s radar:

These are notable games I skipped or that didn’t click usually because of a genre barrier for me but some of them just seemed too daunting to take on. These games are critically acclaimed but I may never find out why. An important distinction here is that

My favorite games that I started and want to finish or games I’d love to get around to,